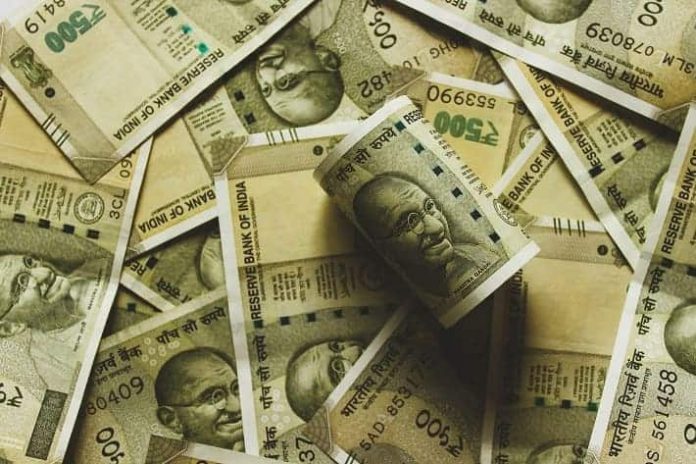 India is among the first countries that issue coins. The first coin was issued in the 6th century.  The design of the Indian coin kept changing due to the change of rulers. In the 12th century, tanka was introduced as an Indian coin. Later a unified system was established for monetary transactions. During this period, Silver Rupayya was introduced.

In the year 1823, British India followed the silver standard currency system. It was in the circulation until 20th century. India never adopted the pound currency as its official currency. In later years due to the collapse of financial institutions, the paper money was transferred to the British Government.

After India gained independence, the Indian Rupees were restored to its signature coin. It was adopted as the only Indian currency. Other coins were removed from being circulated. In the year 1957, India also introduced the decimalization system.

In 2016, the INR 500 and INR 1000 notes were made illegal due to demonetization. This was done to remove corruption and illegal cash flow. Later the same year INR 2000 note was introduced with Mahatma Gandhi’s face.

Here is how you can convert Indian Rupee to INR-

You also have the opportunity to invest in different currencies. However, you must know that the value of these currencies keeps fluctuating and is not constant.

Q1. What is the meaning of the Indian Currency Exchange Rate Today?

Ans. The Indian Currency exchange rate stands for the price value of the Indian rupee in the market. This price is not constant and keeps fluctuating. One can take the help of different online tools or institutions to convert money.

Q2. What is the use of an Indian Currency Convertor?

Q3. How can I find the exact Indian Currency Exchange Rate Today?

Q4. What is the value of INR 1 against the American dollar?

Ans. The Indian currency exchange rate today for American dollars is around 0.01335 USD.

Q5. What do I have to do to use an Indian Currency Convertor?

Q6. What is the high-priced currency in India?

Ans. Kuwaiti Dinar is a highly-priced currency in India and across the world. Kuwaiti currency has a currency code-named KWD. This currency is mostly exchanged in the Indian currency exchange rate. Kuwait has one of the strongest Indian ex-pat communities. This is the main reason for this currency to become popular. Kuwaiti Dinar rose into prominence due to the rich oil reserves that contributed to the stability of Kuwait.

Q7. What is the Indian Currency Exchange rate today for Kuwaiti Currency?

Ans. The Indian Currency exchange rate in Delhi for the Kuwaiti Dinar is around INR 105. The reason Kuwaiti dinar is the highly-priced currency in the world is due to its rich oil reserves and oil demand across the world. Kuwait does not ask workers to pay taxes.

Q9. What is the name of Stable Currency across the world?

Ans. The name of the stable currency across the globe is Swiss Fran. It is also known as CHF. This currency is the official currency of Liechtenstein and Switzerland. The Latin name of Switzerland gives the currency its name. The Indian currency exchange rate in Delhi of CHF is around INR 72.68. CFH is also called the haven due to its high stability and low debt. Switzerland has one of the best monetary policies in the world.

Q10. What was the time when the first Currency was printed on paper in India?

Ans. The first Indian currency that was printed on paper was introduced in the 18th Century. Some of the private banks contributed to this. These banks were Bank of Bengal, Bank of Hindustan, Bank of Madras, and Bank of Bombay.

Ans. No, RBI can only introduce a denomination of 5000 or 10000. It works under the specification of the Indian government and can not introduce denominations that are more than INR 10,000. This rule is set under the RBI act 1934.

Q12. If I want to Purchase or Sell Currencies of different Countries, can I do that?

Ans. Yes, Indian currency convertors can be beneficial for Indian citizens and those who want to convert their currency in Indian rupees. An Indian converter can help people with understanding the Indian currency exchange rate in Delhi.