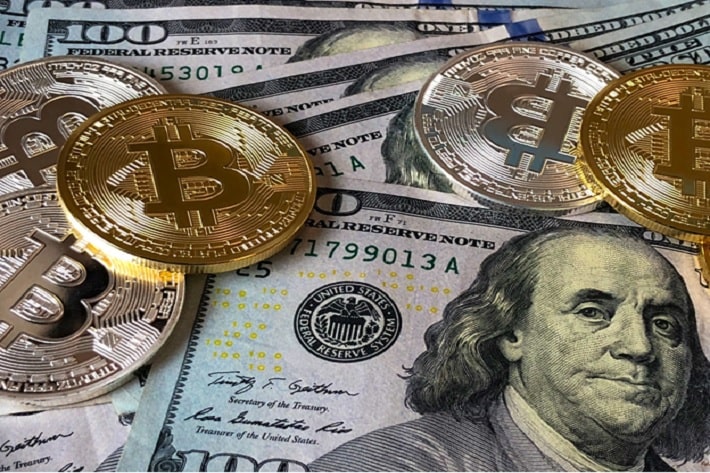 Bitcoin mining strengthens the Bitcoin network security. It may be lucrative with the proper mix of equipment, energy prices, and a few other factors.

What Exactly is Bitcoin?

Bitcoin is a digital currency that has become increasingly popular since its introduction over a decade ago. Since it is digital, there is no need for coins to be minted or bills to be printed. It is decentralized as it is not regulated by a government, financial institution, or other entity. Bitcoin holders cannot be tracked on the network, as there are no identifying numbers, home addresses, names, or other identifying features that connect bitcoins to their owners. Bitcoin enables the exchange of value between buyers and sellers via the use of blockchain technology and encryption keys. Thus, similar to gold or diamonds, bitcoin is mined.

What is Bitcoin Mining?

Bitcoin mining is the practice of engaging in Bitcoin’s proof-of-work (POW) consensus mechanism in order to explore new blocks and assist in transaction validation. The security of the blockchain is ensured by the collective efforts of all Bitcoin miners, who ensure that transactions are effectively permanent and irreversible.

Many people choose to mine their own Bitcoin instead of purchasing or trading it since it is typically cheaper to mine than to acquire it on the open market. As a result, selling or mining Bitcoin may be a successful economic venture under the appropriate circumstances. Sounds tempting, right?

How are Bitcoins Mined?

If you want to participate in Bitcoin mining, you’ll need to have some basic knowledge first. To begin, you will require a Bitcoin wallet. It shouldn’t matter what kind of wallet you use as long as it’s well protected. The primary purpose of the wallet is to collect your mining profits, which may be significant depending on your mining rig.

Hardware wallets are often regarded as the ideal benchmark when it comes to security. However, they’re also more difficult to operate. On the other hand, many miners choose to utilize software wallets, like Electrum, because they are more convenient.

The Process of Mining Bitcoin

The process of mining entails computers solving an exceedingly tough mathematical problem that steadily grows tougher with time. Whenever the problem gets resolved, a block of bitcoin is generated and the miner earns a new bitcoin. A user creates a Bitcoin address to receive the bitcoins they mined, which functions similarly to a virtual mailbox with a series of 27-34 digits and characters. As mentioned previously, there are no particular identities that are attached to it.

Next, you will require proper mining hardware. We’ll go over this in more detail in the following section, but this is the device you’ll need to engage in the Bitcoin mining process. In general, the higher the hash rate of your system, the higher the rewards. However, other factors also need to be taken into account.

2. The Choice of Mining Hardware

Since Bitcoin mining originally started in 2009, the complexity was so low that even low-power machines could participate by leveraging their CPU resources. Individual miners could find blocks with their ordinary computer at the time, receiving 50 BTC for each discovery.

However, when Bitcoin mining became more prominent, miners began searching for methods to get an advantage over the competition. This led to the emergence of GPU mining. People began connecting larger sets of GPUs or graphics processing units to mine bitcoin in 2010. It was claimed to be six times more efficient compared to CPU mining.

However, times have changed drastically. Nowadays, if you wish to be a highly competitive bitcoin miner, you probably need access to a supercomputer with tens of thousands of CPU or GPU cores. Without that, your chances of earning a nice profit are very slim. Unless your acquisition and energy expenses are low, you will definitely require an ASIC miner like goldshell kd5.

There are numerous Bitcoin miners in the market. However, it will be a very challenging task for you to get your hands on those stocks.

Finally, there is mining software. The software is a crucial component and plays a vital role in the process of mining Bitcoin. It instructs your mining hardware on how to function: the mining algorithm to use, when to run, and to which Bitcoin address the mining gains should be delivered. This will likely have an impact on your mining output, so select wisely.

4. The Choice of Mining Software

Here are some of the critical aspects you should consider while choosing your mining software.

However, you will often discover that some software applications provide more capabilities at a price, while those that are the easiest to use and set up are not free and may be expensive.

The Profitability Potential of Bitcoin Mining

Bitcoin mining has proven to show great potential for profit-making in recent times. This is primarily due to Bitcoin’s fast-growing market value. Moreover, the amount of money you may earn might vary significantly depending on several factors.

The hardware is the most essential of these. Potent hardware can do the necessary calculations required to find Bitcoin blocks considerably faster, allowing you to receive greater rewards. However, this hardware is typically more costly.

2. Electricity and Other Costs

The second most essential factor to consider is your electricity expenses. The reason being that electricity expenditures will be a significant portion of the expense. Getting access to affordable and dependable electricity will allow you to optimize your mining production. Furthermore, you must assess your maintenance expenditures, such as cooling, alterations, and installation charges. All these factors can have a crucial effect on your returns.

With Bitcoin and other digital currencies, there is both threat and opportunity. The confidentiality and lack of regulation have made it all too tempting for criminals. But, there are several rewards for all of us if we are prepared to take some risk to enter the Bitcoin market.

Because there is no regulatory organization, resolving concerns involving illegally obtained or lost Bitcoins can be problematic. All investments come with their respective risks.

However, investing in Bitcoin mining can potentially be far more rewarding than other undertakings. A lot still remains to be seen as the technology matures.